Preventing Illegal Trespassers and Gypsy Intrusion Onto Farms and Land

You are here:
Traveller Eviction 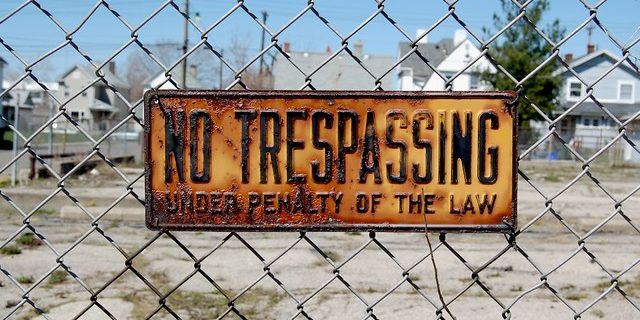 Often poorly protected and with many access points, open land, car parks, industrial areas and development sites are frequently targeted by trespassers and Gypsies, looking for transient locations to set up illegal encampments. However, being peak season for travellers and the impending high-profile eviction of 400 people from Europe’s largest illegal traveller site at Dale Farm, Basildon, means that farmers across the South would be advised to take stock of the security at vulnerable land to avoid the cost of having to remove this dispersing camp. Armed with mobile phones, camps can quickly grow as news of unchallenged access spreads, and more caravans, vehicles and travellers head for the site.

With little regard for surroundings or neighbours, and no amenities to the handle rubbish generated by itinerant travellers, the encampment can quickly turn into an area strewn with human and animal waste as well as discarded litter, meaning it also poses an environmental problem. Often there is also damage to property, with fences and gates broken, whilst theft from local shops and houses is frequently reported.

Unfortunately, it’s usually only when the encampment leaves that the true extent of the damage is realised as unwanted debris and fly-tipping is exposed. It goes without saying that the longer trespassers are on site, the worse the build-up and damage will be – and the more expensive the cost will be to the landlord for removal and repair, and the greater the headache and inconvenience.

With prevention always being the best measure, Secure Site recommends 3 metre, 2.5 tonne concrete barriers for impenetrable perimeter protection for vulnerable land or easy access points. The imposing look of concrete barriers is also a clear sign to would-be trespassers that this farm is taking security seriously and not to bother.

Protecting Your Land from Gypsy Caravans
April 4, 2012
Email us for free advice or a no-obligation quote