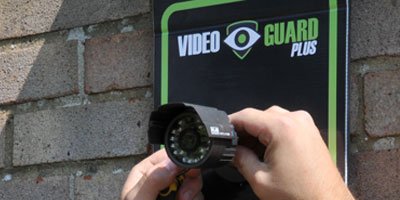 If all is not right and protected as best it can be, not only could your assets and business be threatened, but in some circumstances a lack of security could even end up threatening the lives and safety of your own staff, for example as a result of criminal activity.

With this in mind, we take a look at the top 5 frequently cited security concerns for commercial property owners, as well as ways in which you can tackle these and ensure that you, your staff and your business are all effectively protected from crime. 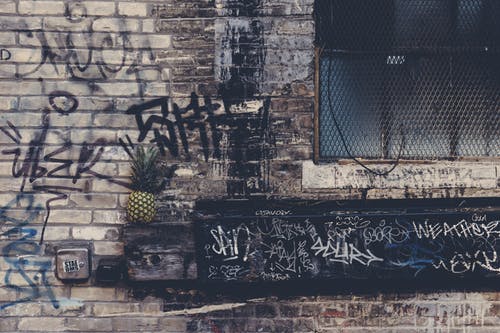 As a result of changes implemented in 2012 to UK Law by the government, protecting residential properties commercial property owners have become more conscious of the problems posed by squatters. There is now a greater emphasis on squatters seeking vacant commercial property instead, which is possible for them to take over and then claim rights to.

The criminal offence of squatting as stated in section 144 of the Legal Aid, Sentencing and Punishment of Offenders Act of 2012 is only applicable to residential properties. Hence, the rise in security difficulties specifically for commercial building owners.

This also all comes with a plethora of potentially financial problems and costs that squatters and the damage they are likely to cause may lead to. For example, repair costs for vandalism and destruction to buildings can end up being significant and for larger premises (such as clubs, closed pubs or shops) this could lead to the buildings in question having shut down completely.

Luckily this is a problem that can be solved providing that you put in place the right security measures, which is something Secure Site UK can help you with. For example, installing perimeter fencing, barriers to stop vehicles and installing hoarding to protect your property.

We can also ensure vacant property inspections are carried out on a regular basis, to ensure that you are able to meet the insurance requirements of some of the UK’s largest underwriters when it comes to insurance for vacant commercial properties.

Many of these policy providers and insurers will require commercial properties to undergo regular inspections and be protected at least to a basic standard to mitigate their losses and reduce their risks.

It is estimated that up to 30% of all fires in non-domestic buildings are caused deliberately (according to GOV.UK statistics). Commercial property fires pose one of the biggest problems for property owners.

One way to make sure that vacant commercial premises are fully protected from this type of vandalism is to ensure the site is properly secured both inside and outside in the first place. For example, boarding up windows and doors and installing steel security doors all go a long way in reducing these risks.

It is also important to remove any hazardous waste and combustible items (both inside the property as well as the surrounding areas outside it) so that potential fuel and volatile materials are removed from the reach of vandals looking to start a damaging fire.

Another problem faced by vacant commercial premises is burst pipes. Empty properties of all kinds are at higher risk of burst pipe damage in part due to the water leakage that may go undetected for some time, leading to a considerable amount of damage and then expensive repairs.

One way of dealing with this problem is to ensure you have vacant property inspections carried out on a regular basis and by ensuring that you have specialist sensors in the property that can detect changes in water-flow that may occur in a pipe or plumbing system.

There is also the threat of theft from commercial buildings for property owners. In order to reduce the risk of unauthorised access, you should make sure that you have taken preventive steps to ensure the property is fully secured. For example, make sure that all external doors to the property are solid and strong, such as being made of hardwood or metal. Make sure all windows that do not need to be opened have been screwed or bolted shut, and install perimeter fencing around the area are all ways to increase the security of the building.

Fly-tipping also poses a headache for commercial property owners and will usually be very costly. According to recent GOV.UK statistics, the number of fly-tipping incidents is increasing each year. In 2016/2017 alone, there were over one million recorded incidents of fly-tipping across the UK, a 7% increase on the previous year.

There are ways in which you can diminish the chances of fly-tipping occurring. For example, installing CCTV cameras and alarms are an excellent way to prevent fly-tippers, who will be aware that their actions will be caught on camera, acting as a deterrent. Installing secure perimeter fencing and concrete barriers can also help to prevent fly-tippers trying to dump bags of waste on your property too.

Why Hazardous Waste Disposal Can Be a Problem – Especially if Done Illegally
January 9, 2020

Get free advice or a quote…