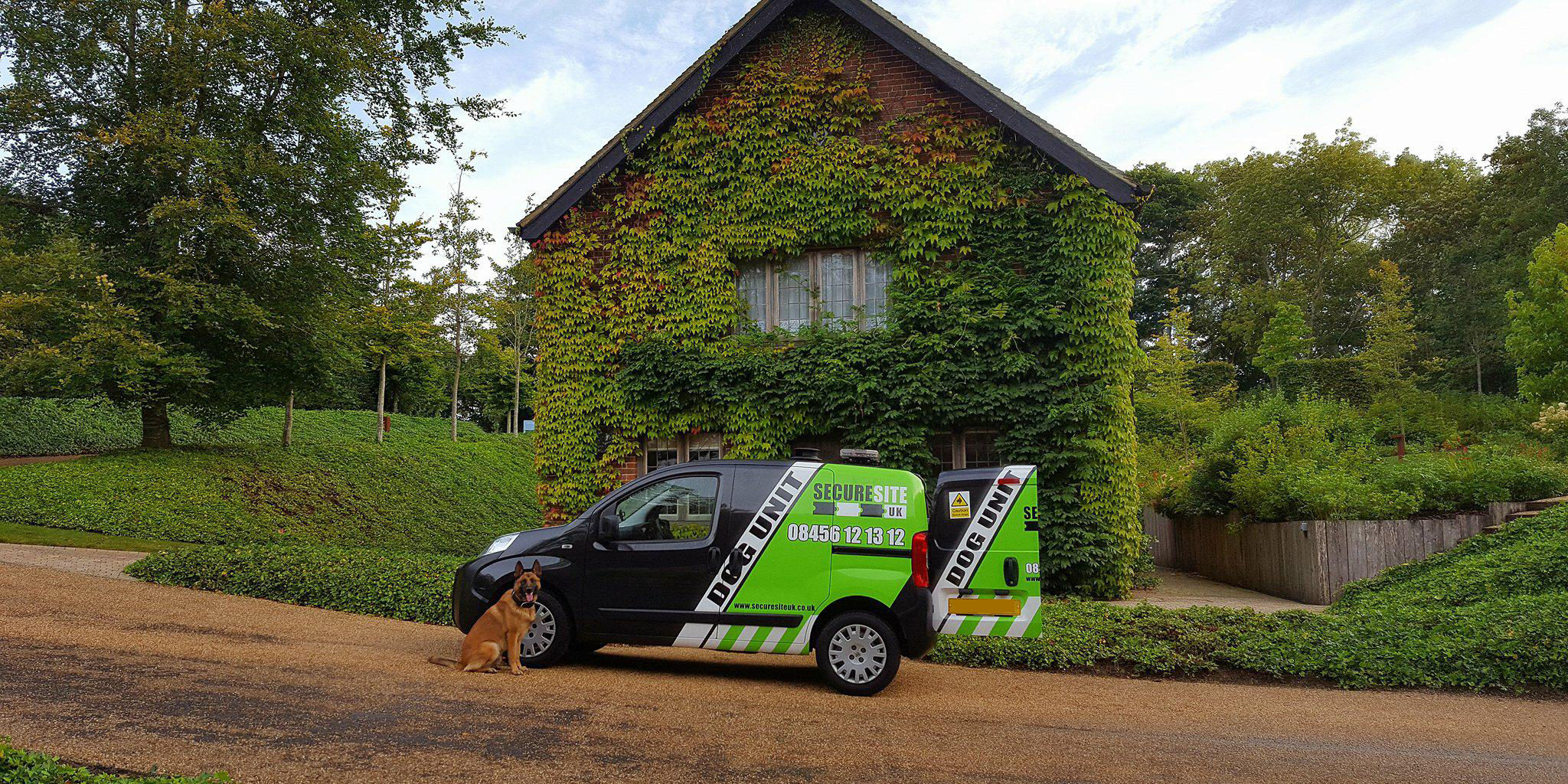 You’ve probably already gathered that the team above are not film stars, but stars in their own way, being the best-behaved security dogs (never throwing tantrums or toys out of prams) protecting some of the UK’s most vulnerable sites and properties.

Secure Site (UK) Limited has just been re-certified by NASDU again, with continuous certification since 2012. NASDU is recognised by the Security Industry Authority, BSIA, the Home Office and the MoD as the authority for maintaining nationally recognised standards for security dog handlers. Training of the dog and handler is paramount in order to achieve the dependability and obedience of the security dog, as well as the confidence and effectiveness in all manner of situations faced by officers on sites.

It’s reported that dogs have 20 times the number of smell receptors in their noses than humans enabling them to detect smells at 1% the concentration humans would need. Combined with dogs’ ability to detect and localize sound with more accuracy and discrimination than humans, these two senses arm them with some very useful tools to detect and pinpoint potential intruders. Then there are the 42 sharp teeth and warning growl (the dogs, that is, not the handlers) that add real ‘bite’ (sorry, couldn’t resist this pun) to this security duo’s effectiveness. To many would-be thieves, squatters or vandals, the psychological deterrent is sufficient enough to make then think again. At just £2 more per hour than a static officer – but reportedly as effective at 3 static guards – a dog handler and dog combination is also excellent value for money.

So, if you’d like Arnie, Samson, Scrappy, Karma, Zac, Tia or Arena protecting your vulnerable construction site, solar farm, vacant property or open land, then call us on 08456 121312, email enquiry@securesiteuk.co.uk or visit www.securesiteuk.co.uk