Each and every year, there are around 39,000 domestic fires that occur in the UK, with the majority of fires, as well as fire-related deaths, in England being in the home. Of these, around 88% were accidental, but many of them could have been avoidable. 30% of these domestic fires did not have a smoke alarm in the property, and 20% of these had a fire alarm, but it was not in fact working.

Having fireproofing precautions in place in a property is very important, as most fire deaths in the UK occur as a result of inhaling toxic fumes due to the fire, as opposed to actual contact with the flames. The sad thing is, is that many of these deaths can be avoid through having fire prevention measures and plans in place. There are a variety of ways in which you can fire proof your property safely and effectively. Additionally, some direct lenders of loans and funding, may consider loan applications when the money is to be used for fire-proofing, such is its importance.

In the case of a vacant property, taking fire safety precautions allows property owners to minimise the risk of fire damage to their property in the absence of occupants or inhabitants. 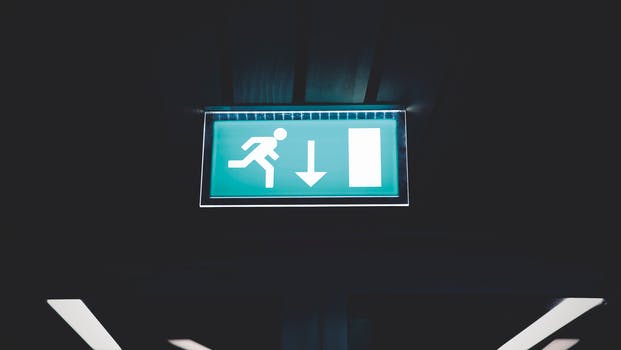 One way in which you can help to fireproof your property is by installing fire doors, also known as ‘fire-checked’ or ‘fire safe’ doors. These types of doors help to radically increase the time that it would take flames to spread through a building; it is possible for a fire to engulf the rooms in a property in less than 10 minutes in total without effective measures in place.

A fire door works by being able to hold back the heat, smoke and flames, as well as protecting an escape route and exit. This means that people can safely evacuate the property, whilst the fire is contained within a localised area. Fire doors should always be kept closed at night, as this tends to be when fires are most likely to occur.

Arson attacks are becoming more and more of a problem across the country, with the estimated cost of such attacks now being a staggering £2 billion each year. Worryingly, arson is in fact thought to be the main cause of all recorded fires in the UK.

However, by installing an anti-arson letterbox you can help to drastically reduce the chance of a fire. These kinds of letterboxes help to contain any potential flammable liquid in the letterbox itself, then, the fire is extinguished through a heat-activated system contained within.

Another way to address fire prevention in properties is through the implementing a sprinkler system. These can help to deal immediately with a fire so that it greatly reduces the chances of it spreading to other parts of a property, giving people more time to exit the building safely. Sprinkler systems are particularly recommended for new buildings, as they tend to be much more effective in helping to dampen and confront fires.

These systems work via a heat detection system. If they feel [detect] the heat of a fire they activate immediately, spraying water over an affected area, helping to either contain or stop the fire immediately.

Smoke detectors are extremely important when it comes to fire prevention in a property. If you are a landlord, it is a legal obligation for you to have a smoke detector on every level of the rented property. There should also be carbon monoxide detectors in all rooms where they use solid fuels.

It is important to note that all alarms and detectors must be tested monthly in order to ensure that they are functioning properly. When it comes to battery powered alarms they should be tested every two weeks and batteries replaced immediately when the alarm warns of low battery or power. 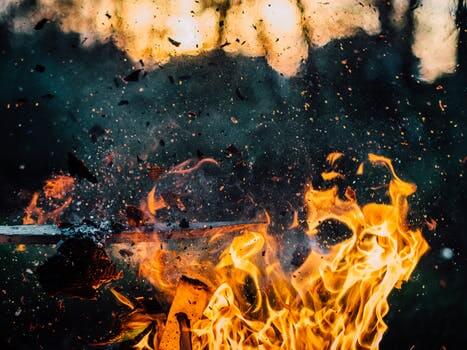 There are different types of fire extinguishers available. In a home or office, a fire extinguisher should have an ABC rating, but for the kitchen it should be suitable for pan fires too. There are four classes of fire, with each extinguisher able to be used according to the type of fire category they fall into.

A fire extinguisher can help to easily contain a fire; however, you should be making sure that you use the right type of extinguisher.

Some properties and premises have fire extinguishing measures in place of or in addition to extinguishers. For example, premises where there is a risk of spillage of any flammable liquids, may have buckets of sand in order to dampen and put out fires. Other alternative active and passive fire-fighting measures often found in premises and properties include: