You are here:
Vacant Property Security 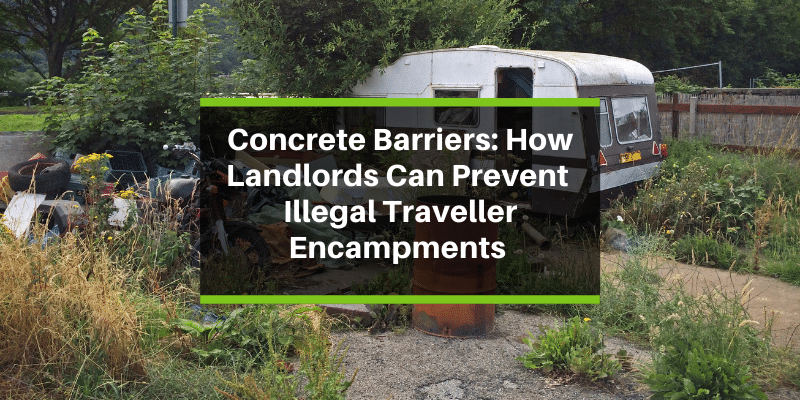 According to recent reports, there are around 300,000 travellers living throughout the UK.

Living a ‘nomadic’ lifestyle, travellers settle in large, multi-generational communities, but their familiar way of life is dramatically changing.

This month, new legislation is attempting to pass through Parliament. Section 4 of the bill will make “residing or intending to reside on land without the permission of the owner or occupier” a new criminal offence.

Set to plunge the traveller community into disarray, if passed, this legislation could also have repercussions for landlords and property managers of vacant and accessible stretches of land. With law enforcement potentially being granted additional powers to remove travellers more easily from their site, it’s likely these communities will be looking for more locations to occupy than ever before.

As a landlord or property manager, you’re probably considering the best ways to minimise the risks to your sites when the above changes take effect.

In this blog, we discuss how concrete barriers can be used to stop travelling communities attempting to control your land.

If you’re responsible for managing a stretch of land; be it a car park, field or surrounding commercial or industrial property, these spaces are at risk from travelling communities as they have plenty of space for their vehicles and potentially destructive activity.

Although travellers are simply looking for somewhere to live their lives, in a short space of time not only can they cause thousands of pounds of damage, but they also leave behind huge piles of litter and even human waste.

It then becomes the responsibility of the landlord or property manager to clear the site safely and legally. After all, insurers won’t pay out if the property wasn’t properly protected!

So how can you protect your vacant land or property from becoming an illegal traveller encampment?

The simple answer is with the use of concrete barriers.

Placed around the perimeter of your vacant property, these barriers not only act as a deterrent to trespassers but also physically prevents their vehicles from accessing your land.

Blocking main access points and creating an impenetrable perimeter around the land itself are great ways to prevent travellers from setting up camp.

Just as steel screens can be used to deter criminals and squatters from accessing your vacant property, concrete barriers are the solution to prevent illegal activity on your outdoor property, whatever the size.

Concrete barriers are available in several shapes and sizes, to offer the best means of interlocking and building the blockade required for the individual situation. Barriers are often around 3 metres wide and weigh at least 2.5 tonnes. They can even withstand the impact of a vehicle at speeds of up to 50mph.

If you need to block off small access routes, a single concrete barrier is often enough to prevent travellers illegally entering your land and setting up camp. If you have a large space to protect, you’ll want to set up a full concrete perimeter, with interlocking barriers to create an impenetrable blockade.

If you’re concerned about travelling communities setting up on your land there’s a simple solution. Concrete barriers.

With the repercussions of new legislation potentially throwing the travelling community into disarray. Your vacant land or property could quickly become an illegal settlement. You would then face the task of not only having to remove the travellers but also clear the mess that is left behind.

Concrete barriers provide a quick and effective solution to preventing unauthorised vehicles from encroaching on vacant stretches of land.

With the capacity to install concrete barriers within 24 hours, if you’re a landlord or property manager looking to minimise the risks from traveller encampments, contact Secure Site UK today.

Why Boarding Up Security Is Important
February 18, 2022

Everything You Need To Know About VideoGUARD CCTV
January 21, 2022

The Essential Guide To Protecting Your Vacant Property With CCTV
December 22, 2021

Everything You Need To Know About Concrete Barriers
November 30, 2021

Arsonists Striking At Vacant Properties Nationwide
October 1, 2021
Email us for free advice or a no-obligation quote