You are here:
Construction Site SecurityNews 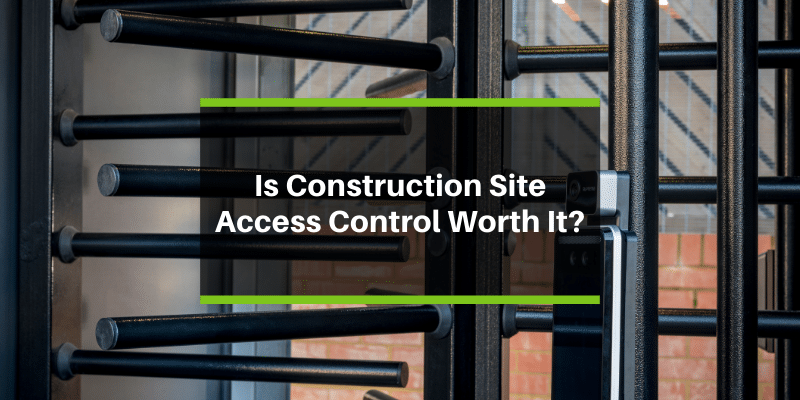 Whilst construction sites vary from project to project, one thing that they all have in common is – people… and lots of them.

Each day, a typical construction site will welcome anything from ten to a few hundred workers at any one time, with this number fluctuating during the course of a project.

For this reason, it’s nearly impossible to monitor everybody, and that’s why construction sites fall victim to vandalism and theft – a claim substantiated by countless reports such as the one carried out by Allianz in 2017,  which found that theft costs the industry well over £800m each year.

Those of us who have spent a fair bit of time on construction sites will know that theft isn’t just something that occurs when unauthorised persons access a site.

In fact, many construction thefts are committed by employees and subcontractors themselves. In other words, you may secure your construction site’s perimeter, but that won’t do much to stop theft from happening inside.

And this is where construction site access control can help.

Technology is improving all the time, and access control turnstiles are no exception. Site managers who once viewed them as ‘added luxuries’, are now beginning to realise that they are a necessity.

COVID-19 – in many ways – has forced us all to think differently, and whilst the rest of the country has often been at a standstill, construction has continued. This has paved the way for contactless solutions and thermal imagery software to help control the spread of the virus in a much more effective and efficient way than any human could.

Here are just some of the features that you can benefit from with modern access control turnstiles:

A turnstile with facial recognition functionality such as FaceStation 2 means that workers no longer have to carry around an access card to enter a site. Not only does this make for a much more streamlined process, but it can greatly increase efficiencies.

Let’s not forget, though, that faces can’t be stolen or misplaced in the same way that a key card can. Facial recognition software is so sophisticated in that it logs your unique facial features onto a database, only granting you access if you meet the system’s credentials. In other words, no unauthorised access or mistaken identity.

Many facial recognition cameras will also identify your face even when wearing a mask or face covering – something which is useful to note as we battle the lasting remnants of the virus.

Temperature testing has become a norm in many establishments, and some turnstiles’ built-in features mean that you won’t have to employ someone to stand at a site’s entrance, checking individual’s temperatures.

A big benefit to modern-day turnstiles is pre-enrolment functionality. This means that workers can complete their induction in their own time before they arrive on site – all via an app that they can access through their smartphone or tablet.

Considering most inductions take up to an hour each day, you stand to save substantial time by investing in pre-enrolment software, boosting on-site productivity.

These days, time and attendance software does so much more than tell you who’s clocked in or out. It can also help you to run instant fire roll calls, manage complex shift patterns, muster reports, and so on.

Most crucially, however, time and attendance software can help you identify much-needed productivity gains. This means that you can pinpoint the activities that are saving and wasting your time, allowing you to make appropriate adjustments for the benefit of your site’s productivity.

Of course, access control costs money – but what’s the alternative?

You could hire guards to man the access points at your site, but guards also cost money – and aren’t their skills best placed keeping an eye on the whole site, rather than just entrance ways?

Secondly, enrolment, sign in and time and attendance software all requires you to set up shop at a construction site with a manual clocking system – which often results in inaccurate time reporting, administrative errors and increased labour costs.

Instead, you can streamline this process for both employees and supervisors, making for a much more productive workforce.

If you want better security, extra protection, fewer administrative errors and increased site productivity, then yes, access control is worth it.

However, each site is different and so, too, will be your requirements.

And, yes, there isn’t a one-size-fits-all approach when it comes to construction site security. If you’d like any further information, don’t hesitate to get in touch with an expert today.