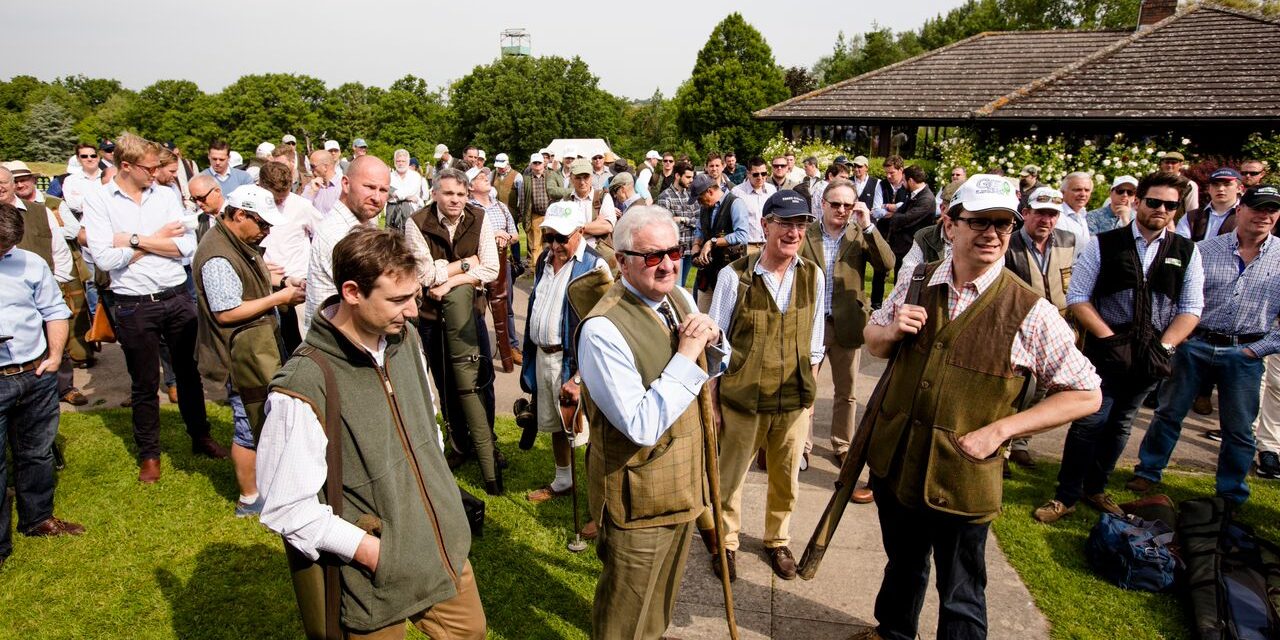 2015 was a milestone year for the Property Gun and Punt Club, being their 30th anniversary shoot, Secure Site UK are pleased to once again be the main sponsors of the event, an association now in its fifth year. To celebrate the event, Secure Site UK commissioned a very popular anniversary hat with a special logo, which were snapped up by the attending shooters.

As usual the sun shone on the event, even though there was a forecast of rain, so no umbrellas were required, although it was at times very hot and humid. The organisers pushed the boat out and in addition to the ‘Gnat’ team flurry shoot, there were new shooting stands with multiple targets to increase the interest and test the competitors. Before lunch, back by popular demand, there was a shooting display by former world champion Micky Rouse and a black powder shooting display with a range of vintage guns to try.

2015 saw some very competitive shooting and with 131 shooters taking part in probably one of the best attended events in recent club history, the overall winners were: ‘The Wild Bunch’ with 359, closely followed ‘The Cross Eyed Poachers’ with 358, in 3rd place came ‘Simmons Smashers’ and in 4th Secure Site UK’s team ‘The Enforcers’ with 350. Top gun on the day was Ian Parkin who shot an impressive 73 out of 80 who was a clear 5 targets ahead of the joint 2nd place shooters Andrew Lally, Andy Miles and Michael Lewis who all shot 68.

Secure Site UK are proud sponsors and look forward to supporting the event, maybe not for the next 30 years but certainly for the foreseeable future!