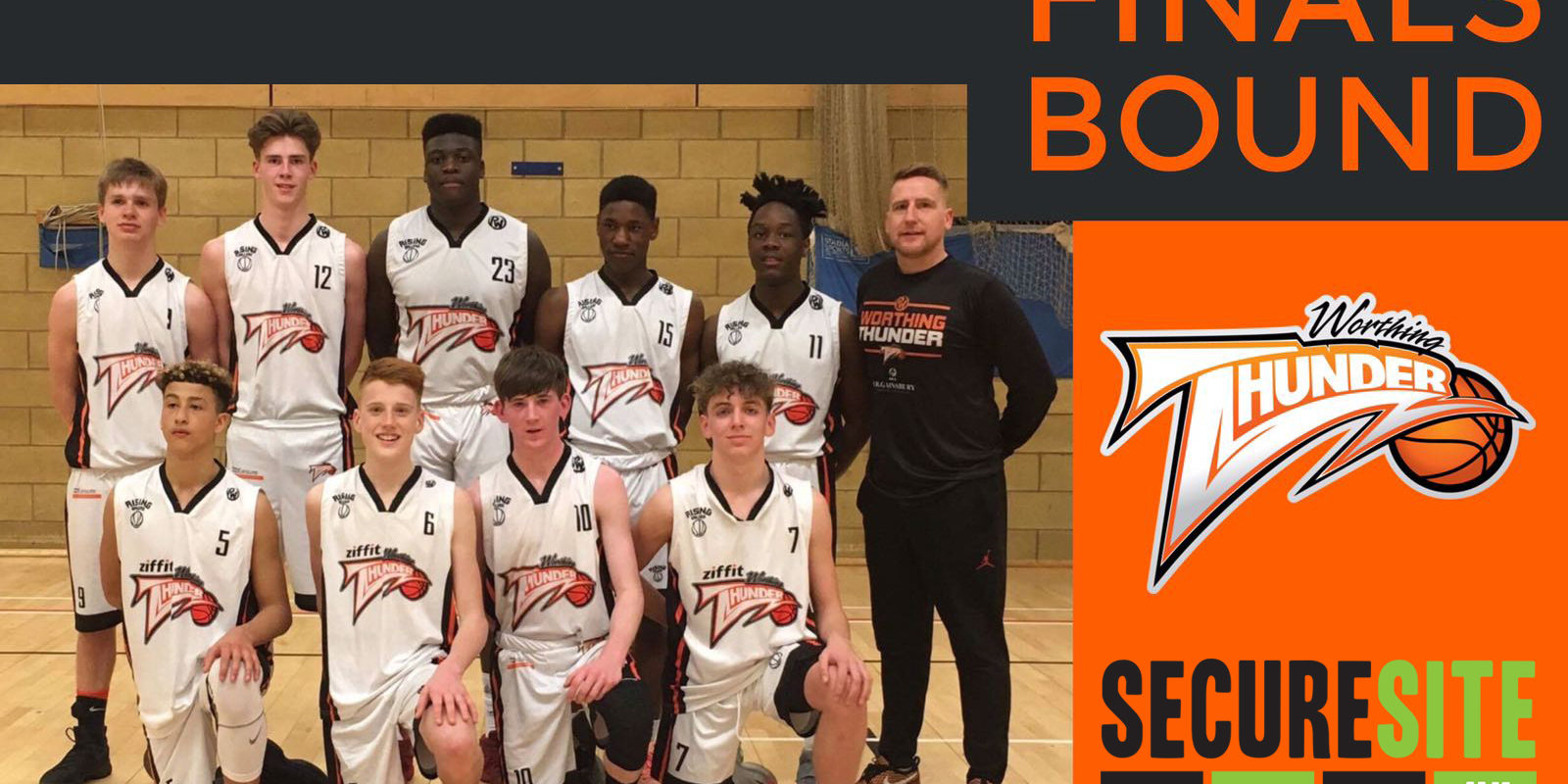 Secure Site UK are proud to once again sponsor the Worthing Thunder Juniors.

Worthing Thunder Juniors are the most successful National League programme in Sussex and one of the most successful programmes in the Country. In the last 9 seasons they have won two national titles, whilst having countless National Final Fours appearance. They have also helped produce over 30 regional standard players and have 10 players invited to National squads. They currently have two players on full scholarships in the United States. This season, they were undefeated U12 league winners in the Central Hoops League and eventual runners up. Two of their players obtained places in the tournament All Star Team as well as picking up the individual MVP award. Having topped their Leagues in both U14 & U16 age groups they have the accolade of being one of the top four teams in the country as the progress to Final Fours, in Manchester fighting for the National League Champions titles.

Headed by Co Chairs Marnie Williams and Head Coach Daniel Hildreth, the program has a solid group of talented, respected and experienced National League Coaches giving the 84 strong, elite players every opportunity to develop within the sport and as productive young men. The program does not turn away any talented player for finances. Their ethos is ‘Home of the Elite, where National Champions are developed with Passion’.

We look forward to seeing how the Worthing Thunder Juniors get on and we wish them the best of luck!